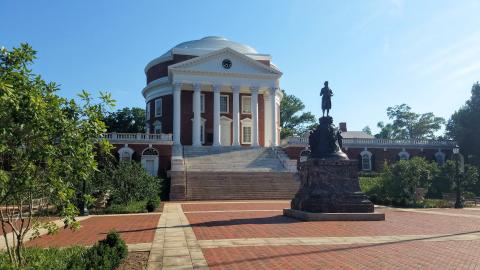 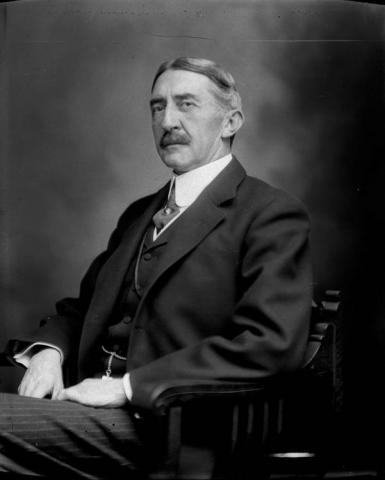 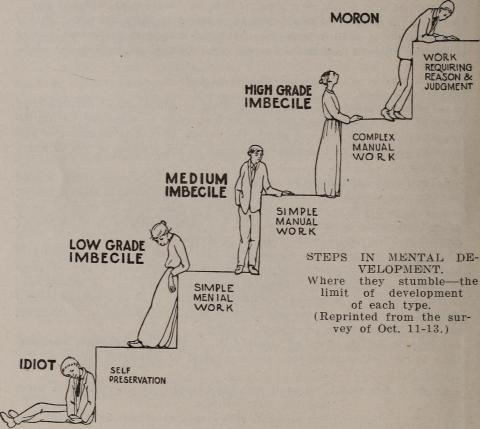 The dawn of the twentieth century was an exciting time for the University of Virginia. Having elected Edwin Alderman, an outspoken advocate for public education, as its first President in 1904, the university seemed poised to enter the modern age as a progressive institution training the next generation of Southern leaders. Unfortunately, Alderman’s vision for the university carried with it the taint of the past, particularly concerning race relations and the role of the university in society. Alderman assumed the supremacy of the white male students, characterizing them as the “fittest to rule” in a 1903 speech on race relations and education titled, “Obligations and Opportunities of Scholarship in the Southern States”:

“It is settled, I believe, that this white man who has shown himself so full of courage and force, shall rule in the South, because he is fittest to rule. There is a race problem, but it is a problem of how the white race shall use its power, in justice, in kindness, and constructive good will to the white man and to the black man alike.”

Alderman believed in the Southern university as a place for white men to assert control over their fellow citizens, dismissing black colleges and universities. This position was rooted in a belief of inherent black inferiority and a fear that black power and leadership would break down white social control. Alderman made this clear in an address given on December 29, 1903, titled, “The Value of Southern Idealism”:

“It is a solemn duty of the white man to see that the negro gets his chance in everything save social equality and political control. [...] This does not mean that the lower should be prevented from rising, but that it should not be permitted to break down the higher. [...] Social equality and political control would mean deterioration of the advanced group, and the South is serving the Nation when it says it shall not be so.”

Alderman’s belief in “higher” and “lower” groups of people, and his support of segregation and unequal rights which extended from those beliefs, placed him in the company of eugenicists, who believed greatness and degeneracy were fixed, inheritable traits. Indeed, during his tenure as President, Alderman would hire eugenicists to serve on the faculty and teach their beliefs to their students. And when eugenical “racial integrity” and sterilization bills were codified into law and practiced throughout Virginia, key lawmakers, lawyers, and board-members at institutions for the “feeble-minded” could claim the University of Virginia as their alma mater.

“One day someone will write a history of the eugenic movement. The historian will have some

puzzles to solve.” –Alexander Carr Saunders, Director of the London School of Economics,

Eugenics--literally "well-born"--was a movement to improve human populations by controlling reproduction. It unfolded internationally, nationally, and within the state of Virginia. The most infamous examples of eugenic policies included forced sterilizations in the United States and the human experimentation and euthanasia programs of Nazi Germany. Although eugenics fell out of fashion as an intellectual movement by the mid-1940s, forced sterilizations still occurred in the United States through the 1970s.

Despite being a much smaller state, Virginia was second only to California in the number of coercive sterilizations it carried out. An estimated 8,000 Virginians were sterilized between 1924 and 1979. Most of these were residents of mental institutions, having been deemed "unfit" for procreation. Today, most historians agree that the vast majority of these people were merely poor, uneducated, and unlucky.

Nevertheless, a large physical and intellectual infrastructure for eugenics took root in the state. A web of physicians, teachers, and social workers funneled "unfit" and "feebleminded" Virginians into six asylums where they were confined and sterilized, often without their knowledge or consent. Most sterilizations occurred at the Lynchburg Colony, which operates today as the Central Virginia Training Center.

Far from being fringe, eugenic ideas were mainstream, and, for a time, were well-represented among American elites.  The University of Virginia served as the intellectual home of the eugenics movement in the state. From the beginning of the twentieth century through the Second World War, faculty, administrators, and students shared a common eugenic vocabulary. Courses taught at the college, the Medical School, and the Curry School of Education legitimized the authority of ideas intended to reinforce hierarchies between those understood as fit and unfit.

The state is still reckoning with its eugenic history. As part of an agreement with the Department of Justice, the Central Virginia Training Center is scheduled to close in 2020. In 2002, then-governor Mark Warner apologized to victims of eugenic sterilization. In 2015, Virginia became the second state behind North Carolina to establish a Victim's Compensation Fund for those who were sterilized pursuant to the 1924 Sterilization Act. UVA is engaged in a process of reconsidering its own relationship to the movement. In 2017, the Medical School's Jordan Hall--so named for Harvey Jordan, a dean and eugenicist--became Pinn Hall, named after the first African American woman to graduate from the school.

It is the aim of this webpage to illuminate the scope of eugenics at UVA and provide educators and researchers with a guide to resources about eugenics within the University of Virginia Library system. As a broad philosophy untethered to disciplinary boundaries, the history of eugenics is of interest to scholars and students across all fields. And as an integral component of a so-called progressive vision for the university a century ago, examining the history of eugenics at UVA can urge us to ask questions about our roles as students and educators today: how do the evils of the past linger in the present? What is the role of a public university in 21st century America? How do we teach leadership, and how do those teachings reverberate beyond the walls of the university? This resource is but one way to explore those questions.

This site is a work-in-progress with content curated from the work of University of Virginia undergraduates enrolled in Professor Sarah Milov's research seminar on eugenics. Aspects of the course were generously supported with the assistance of the Mead Endowment. The website is hosted and maintained by the digital collections team at the Arthur J. Morris Law Library at the University of Virginia Law School.

© 2018 by the Rector and Visitors of the University of Virginia.